1000 good reasons against Excel. And one that beats them all. The XLS export for the Performance Board.

There are more than enough reasons that speak against Microsoft Excel - in various industries, sometimes grotesque problems have accumulated over the years due to the use of Excel.

Nevertheless, parts of the HQ revenue Suite (actually, all of them where it somehow makes sense) have an Excel export function.

And there's a good reason for that. And one of them is just too good to be ignored.

It is hard to imagine the business world without Excel – the software from Microsoft has been on the market since 1985 – by the way, at that time it was still for Macintosh; Windows was still in its infancy or as good as unknown.

It is the most widely used spreadsheet.

And that's the point: Excel is meant for calculations with values in tables – and it's damn good at it! Excel allows the calculation of larger numeric(!) data sets with commercial and statistical functions, also offers sorting and filtering functions and supports the evaluation of the contents for example via the graphical representation of trends, quantities, statistics and so on. Diagrams, charts, you name it.

What Excel is not: a database.
How is Excel often used?

Correct: as a database.

But not only that. Excel is used in companies in all kinds of contexts: To manage email lists, for marketing plans, as a project management tool, to-do list, I've even come across Excel being used as some kind of layouting tool!

None of it really works well in Excel – and for all these things there are much better alternatives. But the worst is when Excel is misused as a database – because then a lot of crap can happen.

A pretty impressive Excel fail is this one: Results of years of genetic research are flawed by botched Excel spreadsheets. Because Excel automatically converts the names of certain genes qua their notation into dates and floating point numbers. A whole bunch of scientific publications (some of whose data sets are still being worked with) on genomics are simply rubbish because of this.

By the way, the scientific community did not react to this by switching to a more suitable software - but by bringing the renaming of the corresponding genes into the discussion!

In the business world, there are a number of other "great" examples of lucrative Excel failures: In 2008, for example, Barclays accidentally acquired more shares in the later bankrupt Lehmann than it had actually intended, Eastman Kodak made a mistake of "several zeros" in 2009, and the energy company TransAlta paid 24 million dollars too much to a couple of transmission system operators after a copy-paste error in Excel.

However, it is not only such failures that show that Microsoft Excel should be kept away from when it is not a matter of pure spreadsheets.

The control center to the dataverse

After all, the question may be asked why one should use Excel at all - isn't it completely redundant in many cases? Modern software solutions for data analysis almost always have something like a control center: a dashboard. (At HQ revenue we call it: Performance Board. And our users call it: "speedometer". Which brings us full circle to the dashboard again).

This is where the most important insights are presented to users in the most accessible, usable and clear way possible - be it business intelligence, controlling, marketing, occupancy, competitor or market data. Or all of them together.

Why the hell would you want to convert such a dashboard to another format in the first place? What's the point!

Why do scientists use Excel to aggregate information from genes? Why do surprisingly many marketing departments still build their planning in Excel sheets? Why do people in non-commercial roles use Excel?

We've known Excel for a damn near eternity. It's included in the MS Office suite. It's pre-installed on loads of computers. And on the computers of those who don't have a license for my niche specialist data dashboard software. And maybe don't want one either.

HQ revenue Performance Board - Informed, regardless of format

Therefore – and despite all the reasons against Excel – we decided that HQ revenue must get an Excel export function.

The export generates a summary of the HQ revenue performance board in Excel-readable format on the one hand, but also a comprehensive pivot table that is fed by the raw data – so we export this at the same time. After all, data is supposed to become knowledge.

With the new Export-to-XLS function, we are superficially moving against the zeitgeist to some extent. However, it is more important to us to provide our users and customers with the functions they need for their work and for their success. Exporting the dashboard into a format that everyone can get along with is part of that.

So: Further on much success!

Get to know HQ revenue first hand?
Sure! Make an appointment for a demo right here and get started: 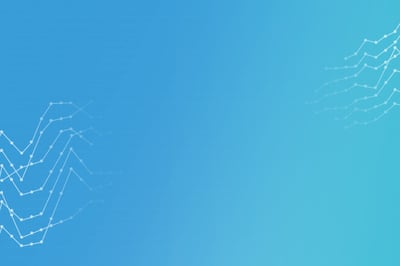